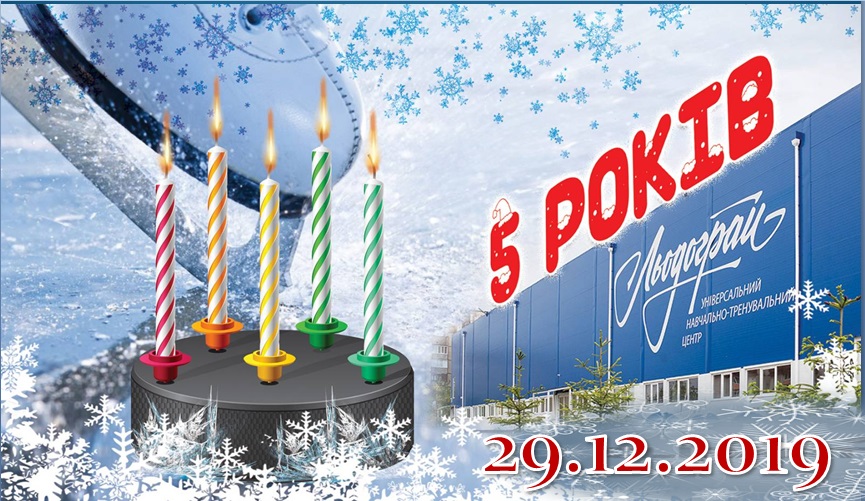 For five years, the winter sports center in the picturesque town of Boguslav educates future champions and welcomes well-known athletes in Ukraine and the world.

The history of the “Lʹodohray” Training Center began on December 24, 2012, when the solemn signing of the investment contract between the State Lottery Operator “M.S.L.” took place and the Kyiv Regional State Administration on building a winter sports center in the Kyiv region.

And so, at the end of December, in the “Lʹodohray”, it is again time for sports winter holiday and children’s smiles.

The guests of the center saw performances of young skaters, participants and repeated winners of national and international competitions. The performers of the Ice Hockey School demonstrated their achievements at the Skill Relay and the hockey game between the Children’s National Team The Hornets and the Parents’ Team.

For the considerable successes and sports achievements of the pupils of “Lʹodohray” Training Center of figure skating and the Ice hockey school received certificates for 30 000 hryvnias from the operator of state lotteries “M.S.L.”.

“M.S.L.” created a holiday for both children and adult guests of “Lʹodohray”.

New year’s entertainment, competitions, quizes and prizes awaited the children. A true winter fairy tale was created by students of the Boguslav Humanities College of Nechuy-Levitsky, who are engaged in the Studio of children’s animators under the direction of Tatiana Lysenko.

Adults of the ice arena were waiting for the draw of the free lottery. Four families won valuable gifts!

Watch the report on the YouTube channel of Untts “Lʹodohray”