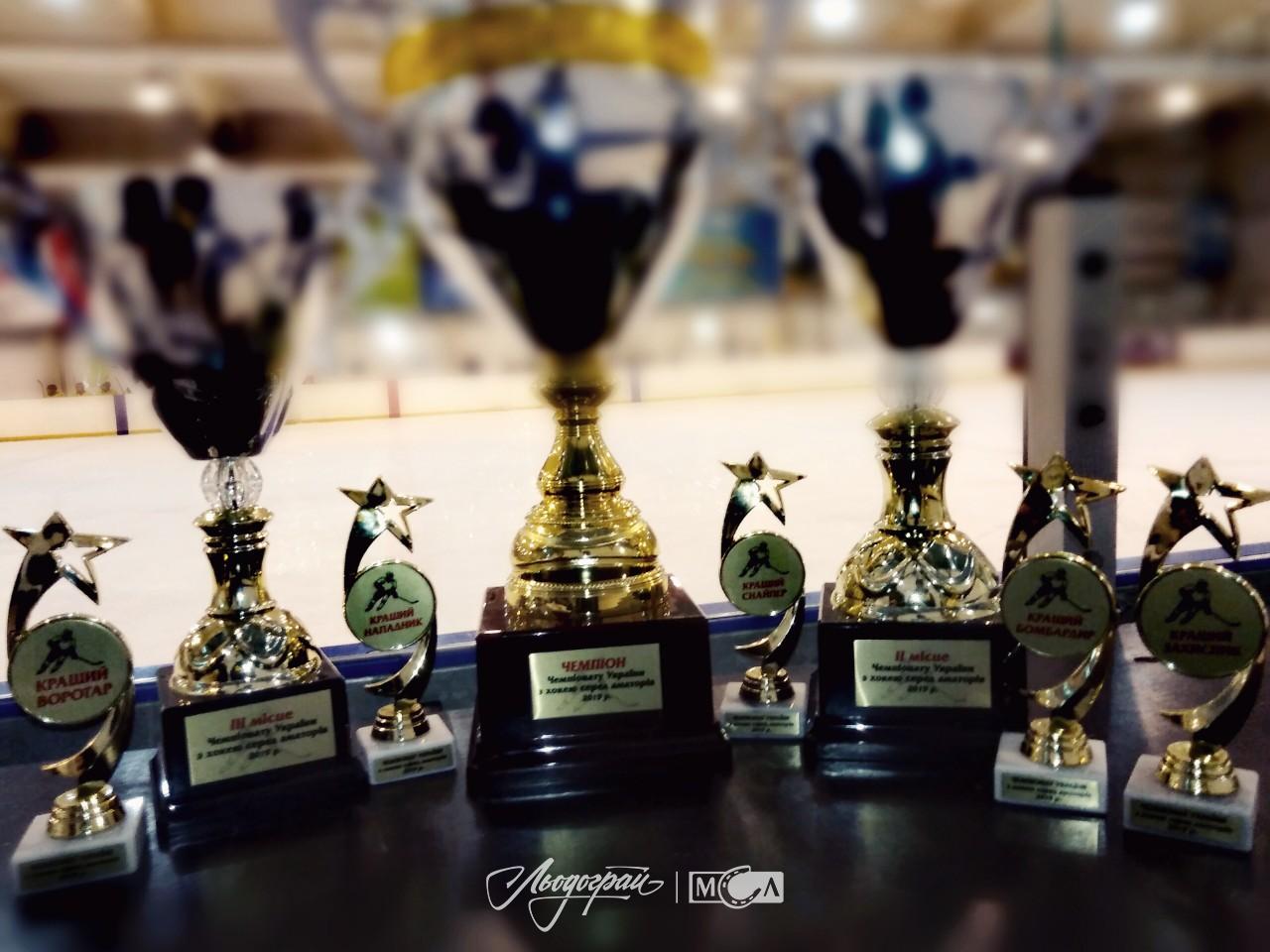 Vinnytsia Maiak team is the champion of Ukraine!
25th and 26th of May, 2019 the finals of the Ukrainian Hockey Championship among amateurs took place in Bohuslav town

On May 25 and 26, 2019, the Finals of the Ukrainian Ice Hockey Championship was taken place at the Liodohrai teacher training center (Bohuslav town) led by the Ukrainian Hockey Federation and was sponsored by the MSL State Lottery Operator.

The winners of the regional championships got to the final part of the Championship. In contrast to the previous season, only amateur athletes had the right to participate in the final season (last year the participation of three athletes of the CYSS who was 45 years old was allowed).

At the first stage, the teams took part a one-to-one tournament in their groups, after which bat fights took place for the 5th, 3rd and 1st place. The fourth team in group A left the tournament based on the results of the group stage.

In group A, the main struggle was between the Vinnytsia Maiak team and the Khmelnitskyi Legion team. Due to the best game in the defense, Maiak won (3: 1) and entered to the finals.

The results of group A matches are

In Group B, Poltava players won the Kharkiv players in the overtime, and Dynamo hockey players came out in the final.

The results of group A matches are

The 5th place was won by the Calvados team. In the match for the third place, Legion won Ros with a score of 4: 2.

The final match was between the Dynamo and Maiak teams. The Kharkiv team showed an excellent and qualitative game at the tournament, but gave way to the Vinnytsia players who played competently and followed the match to the winner (5: 2).

The Vinnytsia team became the champion of Ukraine among amateurs, the Dynamo team won the second place, and the Legion won the bronze medal.

Volodymyr Davydiukwho is the captain of the Maiak team received the main prize, that is the Champion Cup, from the hands of Dmytro Khrystych who is the most successful Ukrainian hockey player in the NHL.

The organizers also recognized the best players in their respective roles, who received the relevant distinctions from the organizing committee and the sponsor of the tournament who is an operator of state lotteries MSL. The best scorer is Ihor Ivannyk (number 12, Maiak team); the best defender is Oleksandr Omelchenko (number 76, Dynamo team); The best forward is Roman Pastukhov (number 46, Dynamo team).

The Liodohrai teacher training center and an operator of state lotteries MSL congratulate the participants of the championship with the end of the season and wish good luck in the next 2019/2020 season!