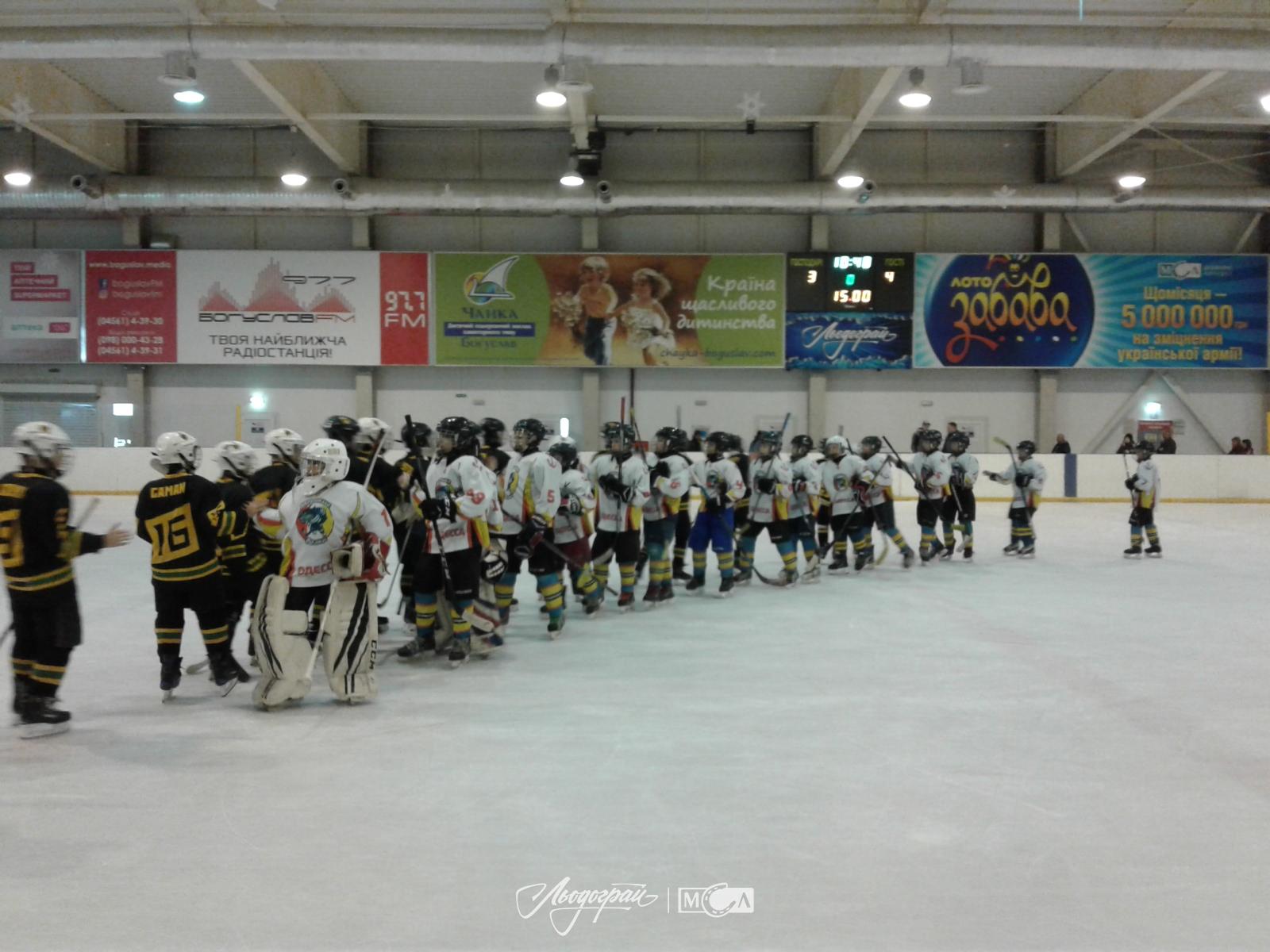 On March 30 and 31, 2019, the regular matches of the Ukrainian Interregional Children’s Hockey League were taken place in Bohuslav.

The most successful players of the Shershni team was Vysotenko Maksym (number 4) who scored three goals into the rivals’ gate, Seredovych Yakov (number 25) and Kalsin Artem (number 34) who scored into the opponent’s gate once each of them.

The Liodohrai Ice Arena and an operator of state lotteries MSL congratulate the winners!