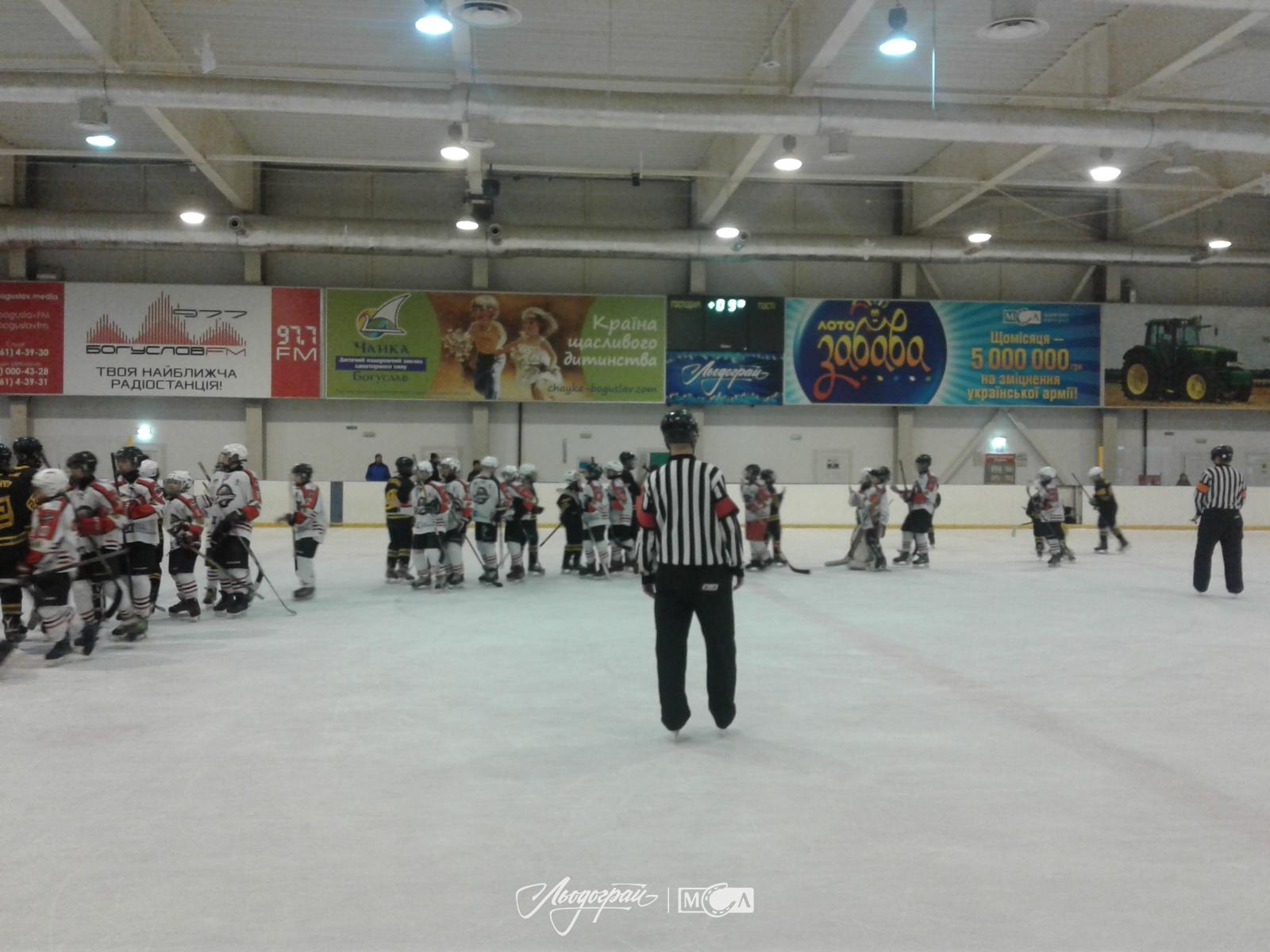 On March 23 and 24, 2019, the regular matches of the Ukrainian Interregional Children’s Hockey League were taken place in Bohuslav town.

The most successful were the following players of the Shershni team: two goals in the rival’s gate were scored by Terzi Artem (number 31), goals transfers were done by Trushchenko Bohdan (number 99) and Tuchyn Ruslan (number 26).

The Liodohrai Ice Arena and an operator of state lotteries MSL congratulate the winners, and wish the Bohuslav team to do better next time and to take into account mistakes and experience to go confidently to the future victories!